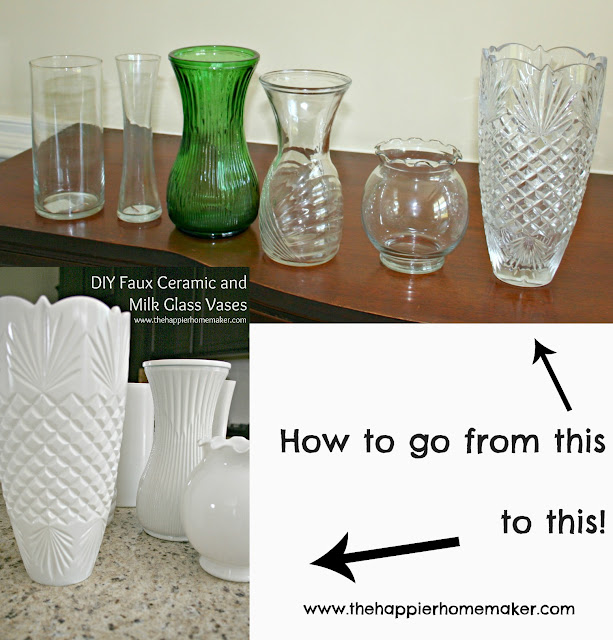 Lately I have been drooling over white in decor-stark, shiny white. (Like that makes any sense with three boys and a big dog!)

I have been noticing white glass and ceramic everywhere as well. 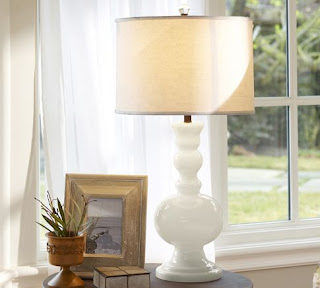 When we were packing up for the move I realized I have boxes upon boxes of vases that I neither like nor use.  Many of these are cheap florist vases that I received when my husband was deployed when we were dating. (He was wooing me, I got a LOT of flowers that year! Nowadays I prefer an extra hour of sleep to flowers!) Some of the vases I had picked up at the dollar store to use as centerpieces for charity events I used to plan. 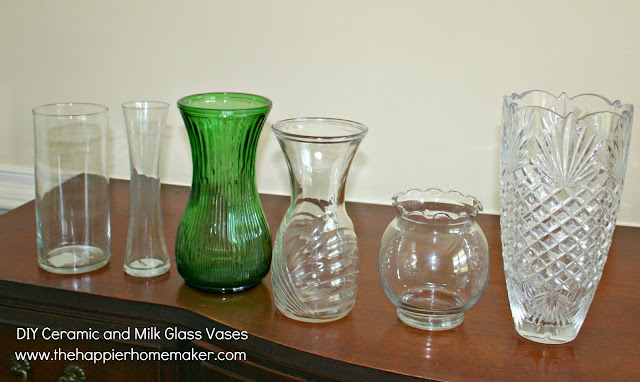 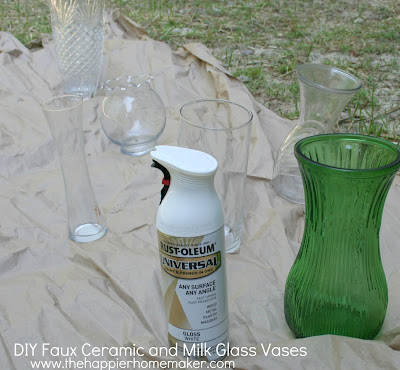 So as I unpacked all those vases last week for the umpteenth time since we got married I decided to try to transform them into something I'd actually like looking at!

Since we pretty much go to Lowe's daily since the move it was a no-brainer that I was going to need some spray paint.  I used Rust-o-leum Universal in Gloss White, It worked great on my IKEA Bookcase Makeover and I love that you can use it on any surface.

(And yes, the grass seed in the backyard is sprouting very nicely, thank you for noticing!)

Twenty minutes later and voila! Faux milk glass/ceramic! I actually couldn't decide what it looked like more hence my somewhat indecisive blog post title! The ornate glass vase looks a lot like milk glass but the smooth dollar store vases remind me of the West Elm ceramic vases I had been coveting.

Regardless, they look a heck of a lot better than before and I am just giddy at how they turned out! 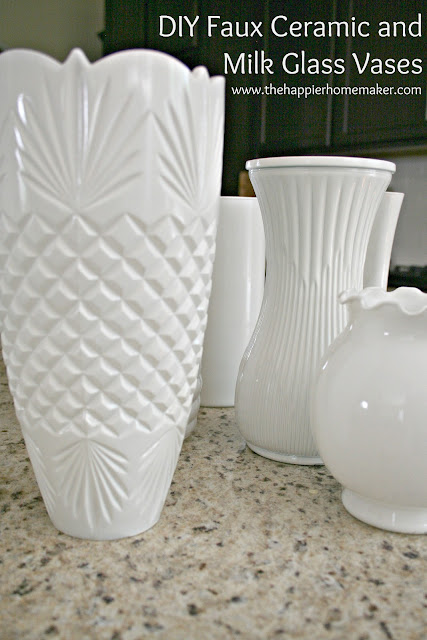 Now on to my plan for how to use these vases....you know that weird space above the cabinets in the kitchen? You know, the one that everyone had covered in fake plants when you were a kid? Well I have an idea for that space in our new kitchen and these vases are step one in the process. 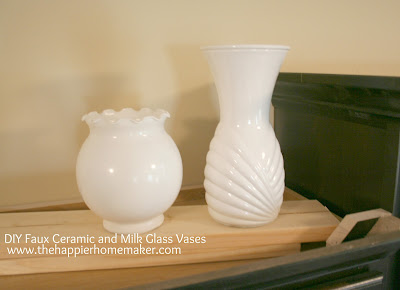 After the vases were dry I went to set them up there but the crown molding all but made them disappear.  After rummaging through the garage amid all the moving box chaos I found some wood scraps from our DIY Reclaimed Wood Headboard and DIY Stained World Map and used those to prop the vases up and here  is how it looks now! 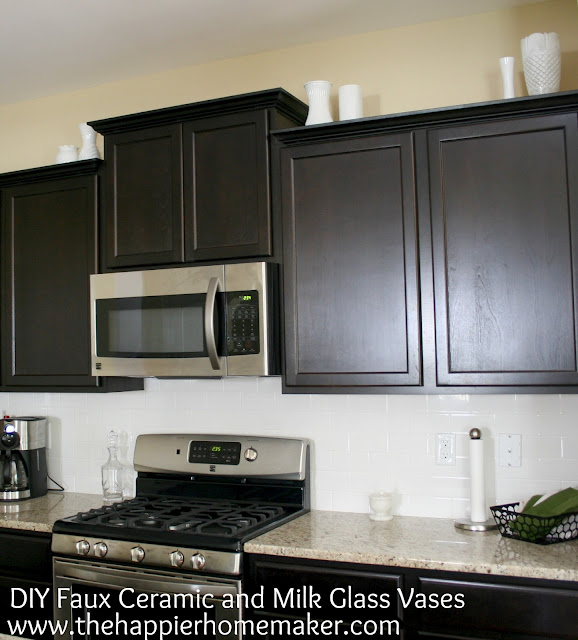 I think they look great up there and play off the white subway tile we chose for the backsplash. I'm slowly but surely figuring out what else I want to put up there but I've accepted that its going to be a while before it looks like my "vision." To see the whole kitchen tour hop over to this post.

Do you have an obsession with white? Check out my Office/Craft Room for more eye candy! 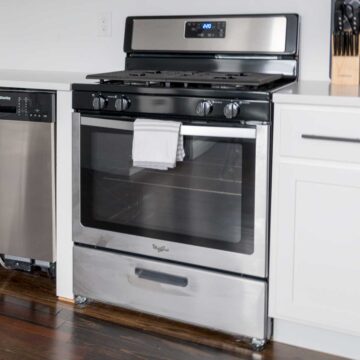