×
Home » DIY Projects » The Great Playset Shape Up: The Plan 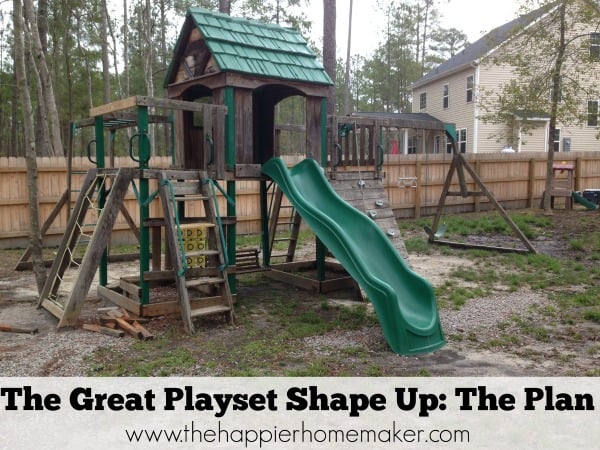 Last week we had one of those really beautiful days that makes you think that maybe, just maybe Spring is finally here for good. Have you had those yet? I was taking full advantage of the sunshine and warm temperatures and had all three of my boys outside, watching them play on our playset. They were having a great time, the two older boys (7 & 5) were standing on the slide making a tunnel of sorts with their arms and legs while my two year old was sliding underneath them…it’s a game they’ve played quite a bit so I wasn’t overly concerned but I was standing nearby to watch and make sure it didn’t get out of hand.

Before I could react my oldest went to get off the slide and his foot accidentally hit my 5 year old’s hand and over the side of the slide he went, landing flat on his back in the rocks from about 4 feet up. Luckily he was okay, no broken bones or serious injury, just some scratches and bruises…but did you catch that little bit about the rocks? Yes, under our playset is rocks, not exactly ideal. So what’s the story with the rocks you might ask? 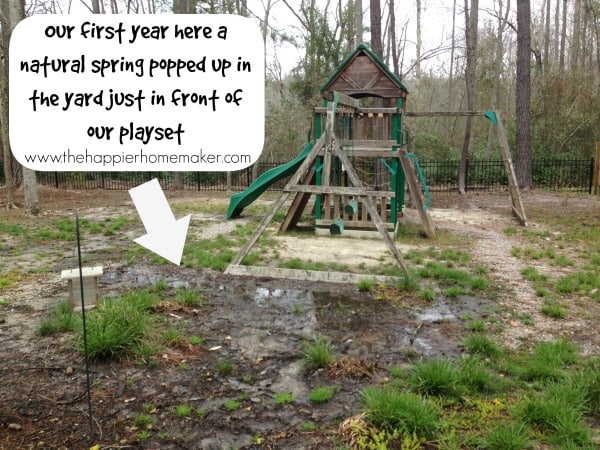 About 8 months after we built our house and moved in a natural spring popped up in the yard right in front of the playset. We tried channeling the water under our fence to a ditch just on the other side and just adding dirt, dirt, and more dirt on top but nothing helped.

Eventually we had to bring in professionals who installed two french drains from the natural spring to the back of the yard where it drains into the wetlands behind our property. It helps for the most part, as you can see in these pictures after a heavy rain there is still standing water for a bit, but it left the area underneath our playset covered in rocks over the drain locations. The waterlogged dirt has also made grass growth spotty at best. 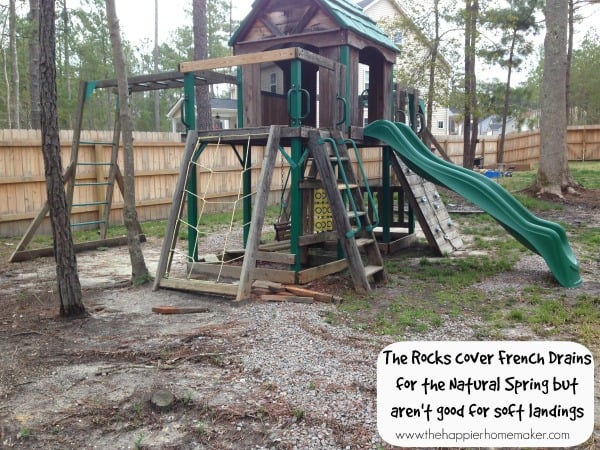 I had been dealing with it but as many of you know, we’re moving to DC next month and we’ll be renting our home out. The family moving in also has younger children and my son falling on those rocks was a huge wake up call that I cannot leave our renters to inherit the playset like this. So here is the plan: 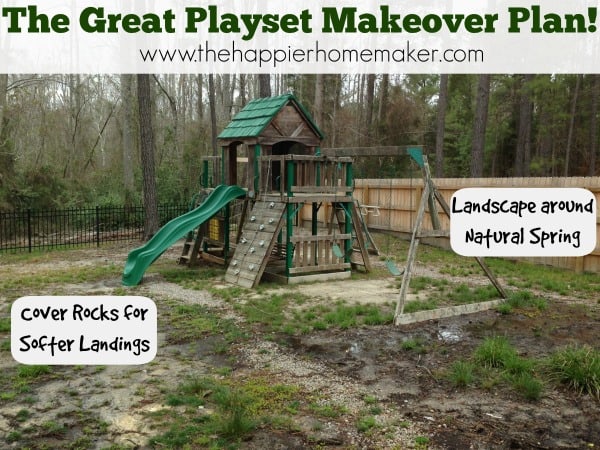 The first thing I’m going to do is use grass killer to kill all the grass and other vegetation underneath the playset and the immediate surrounding areas. Then we’ll be covering that area with cedar mulch which is specifically “no float” which means if the water levels on the natural spring get high it won’t wash away the mulch around the playset. The last step will be to add some landscaping around the spring area to make it a little less “swampy” looking…we did that last year with some bog annuals and it was a great improvement. I’ll be posting our progress over the next few weeks before our move so be sure to check back (and make sure to hold me accountable for this project!!)
Previous Post: « The Ultimate Guide to Moving – 40+ Tips & Tricks
Next Post: Glittered Peeps Easter Mason Jar Gift » 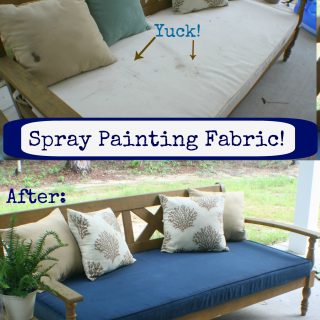 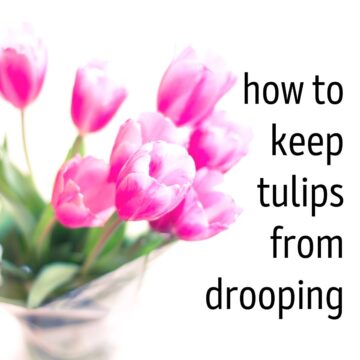 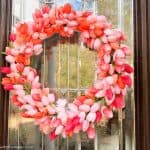 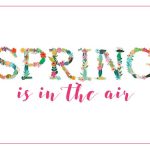 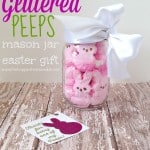