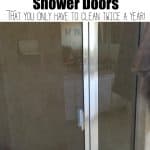 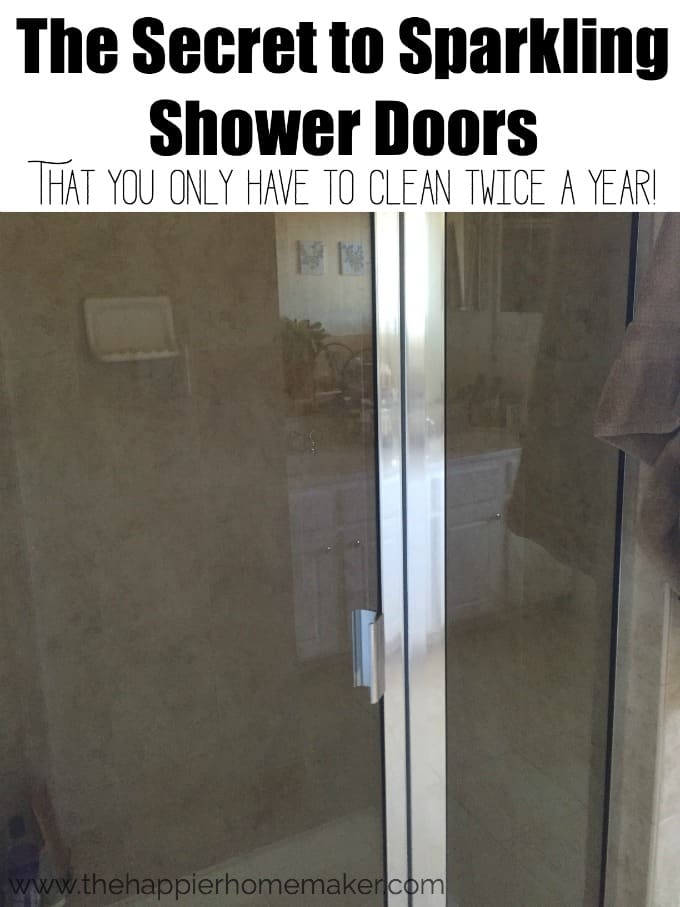 If you guys follow along with me on Facebook you might have seen that we got big news this week-the military is moving us to England this summer! We should be there one year and I'm so excited to share the adventure with you! Being military we obviously move a lot.  Over the past 10 years we've been married we've lived in nine different homes-can you believe it? The past two houses we've lived in have had glass shower doors and I have to admit at first I had a heck of a time keeping them clean-I just hate water spots! A friend introduced me to a her secret to sparkling shower doors and it was life changing! I seriously only clean my shower doors about once or twice a year now-and today I'm sharing the secret with you too!

(This post contains affiliate links that help support my blog at no additional cost to you-thank you!) 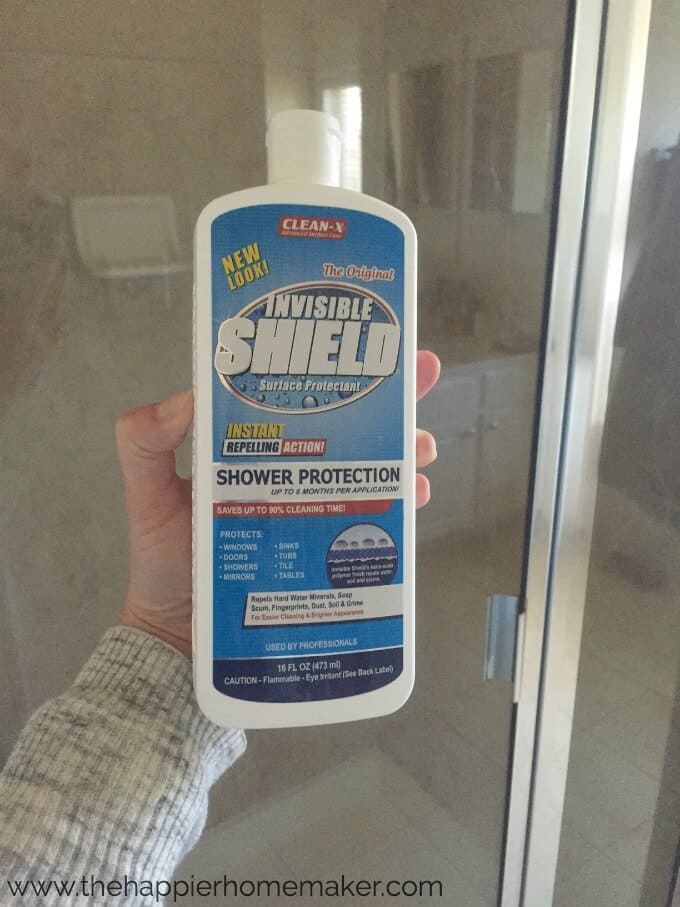 The secret is a product called Invisible Shield-it's a non-scale polymer that repels water and stains, which basically means it forms a super thin invisible layer between the glass and the rest of the world, preventing anything from adhering to the glass.  Yay for technology! (By the way, that bottle has lasted me years and years and years-it doesn't take much and it's a BIG bottle!) 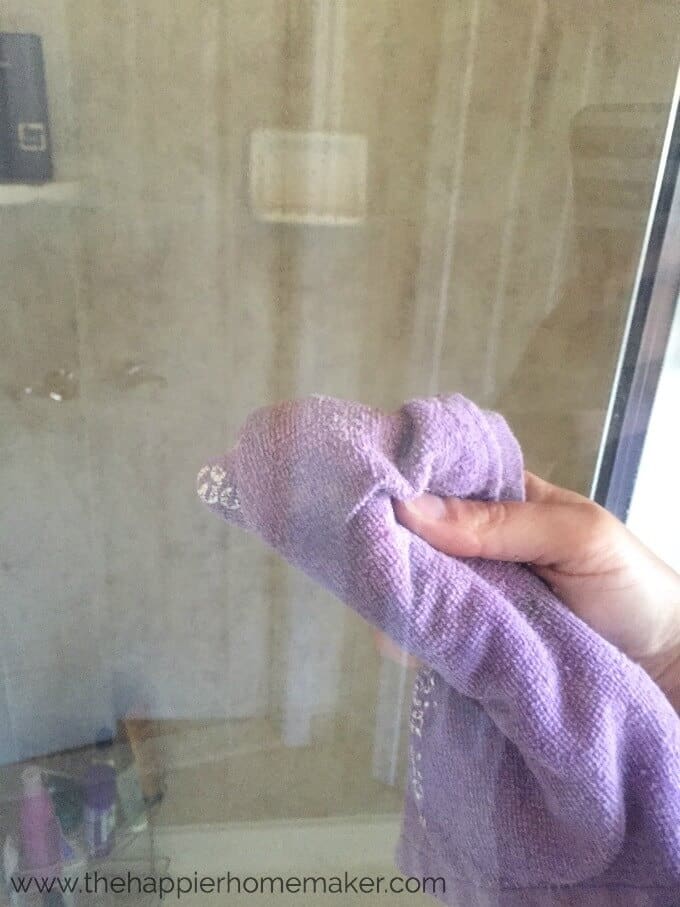 To use the Invisible Shield you simply need to give your shower doors a good cleaning to get rid of any dirt or stains that may already be there then use a soft cloth to rub the product on the doors.  Allow it to form a haze then buff it off with a clean cloth-sort of like waxing your car. That's it! Your glass is now protected! I simply keep a squeegee in my shower and give them a quick run with it when I get out of the shower and that's it-no cleaning.  It generally has lasted me between 6-12 months, we've been in our current home since May of 2014 and I've only had to apply it twice so far! 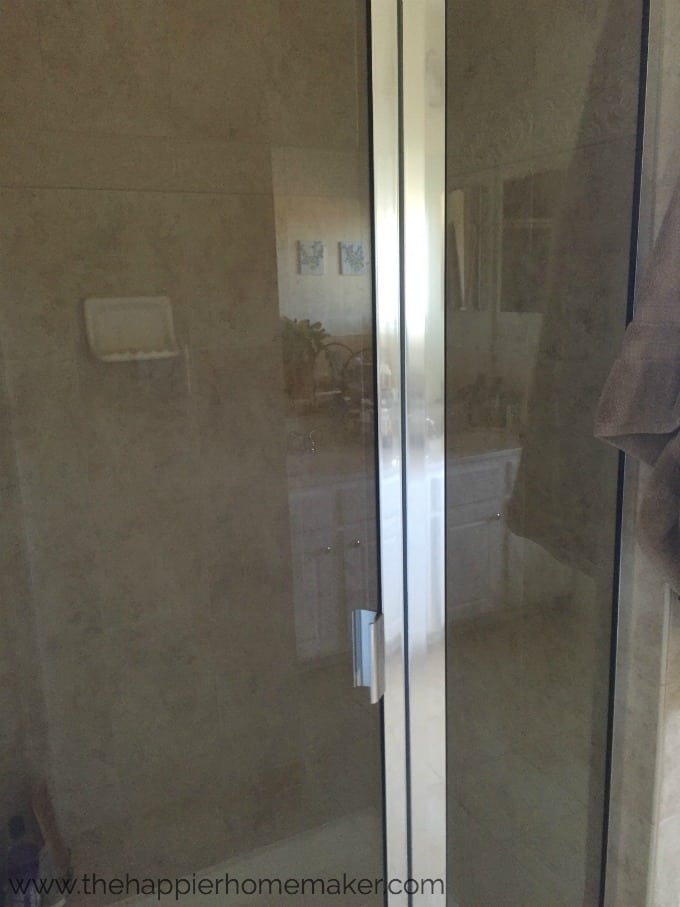 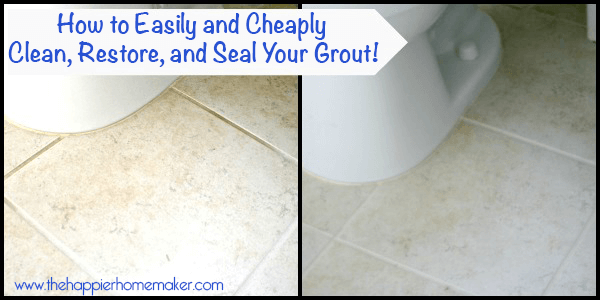 How to Clean, Restore, and Seal Your Grout 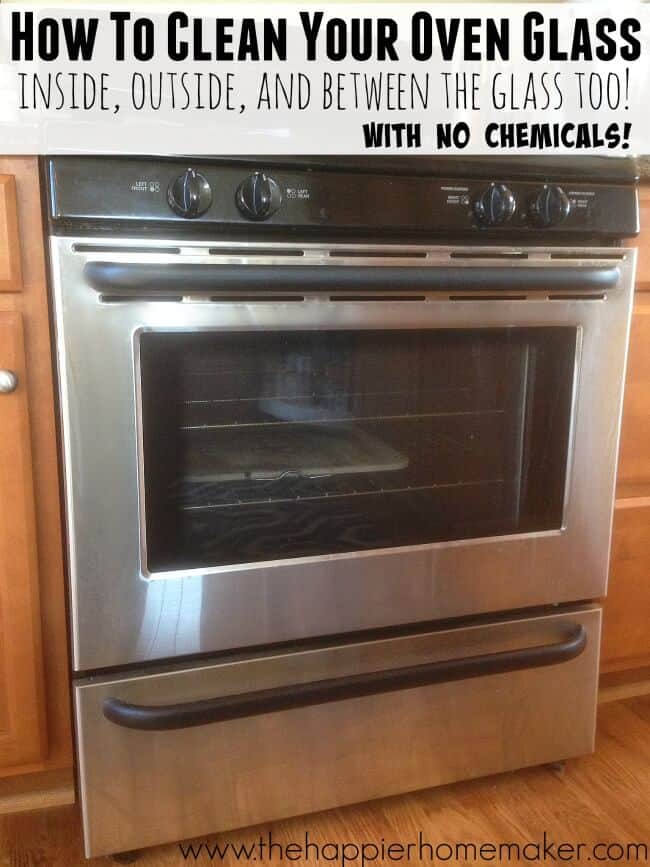 How to Clean Oven Glass 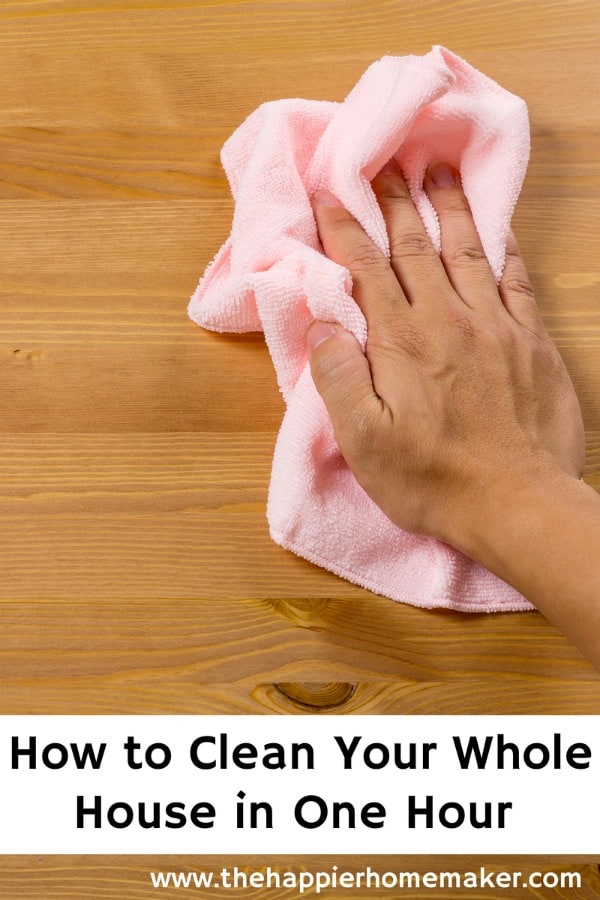 How to Clean Your Whole House in One Hour