My husband and I have been tossing around the idea of putting an inground pool into the backyard and its been a weighty decision. Its a big investment and we’ve been thinking a lot about how we use our outdoor space. We bought a large soft-sided pool at Walmart a few weeks ago to help us gauge how much use we would get out of a pool and it was an overwhelming success. So….we’re taking the plunge and going to sign the contract today to have the pool put in! I’m excited and nervous all at the same time.

Naturally my thoughts are turning more and more to our outdoor space as we start to visualize what we’d like our yard to eventually look like. (If you’re new here-we just moved into a new construction home in April.) 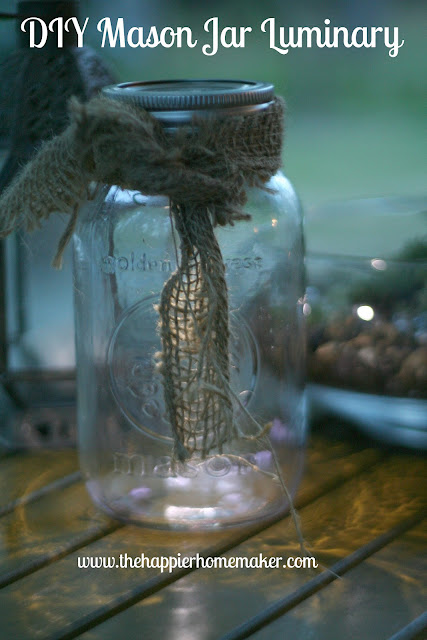 When we picked up the pool a couple of weeks ago I noticed some 97 cent solar yard lights in the garden section at Walmart.  I thought I might be able to use them on the back patio so I picked a few up.  I already had some unused Mason jars at home so I got busy rigging up a luminary from the solar light. 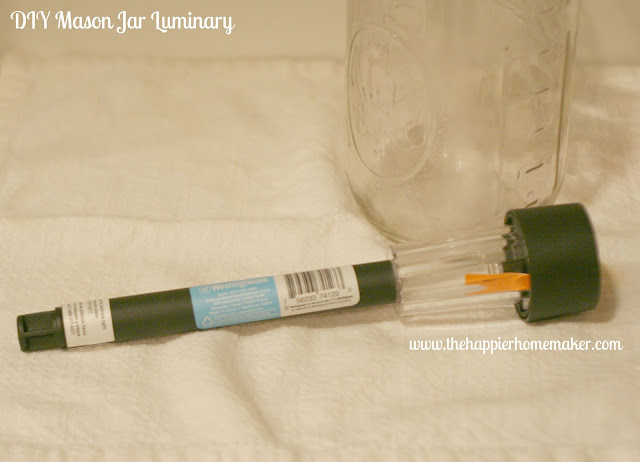 I disassembled the solar light, removing the stake and light cover.  I used two paperclips to suspend the light from the top of the mason jar. (Sorry for no pictures of that part-it was a two handed process and no one else was around to snap a picture!) A piece of burlap runner tied around the top finished it off.  It took all of five minutes (and that was primarily adjusting the paperclips until the light was balanced between them and hooked to the top of the jar) and it was a nice touch to the patio in the evening. 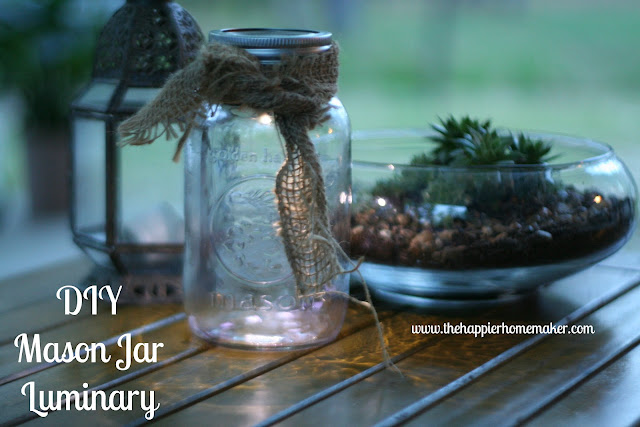 These would make a nice addition to a country wedding tablescape and are so affordable to make!

With the addition of the pool we’ll be spending a lot more time outside and entertaining out there as well so I have a few ideas up my sleeve to spruce up the area. Be sure to follow me on Facebook, Pinterest, or Twitter and sign up for my RSS feed so you don’t miss my upcoming projects!